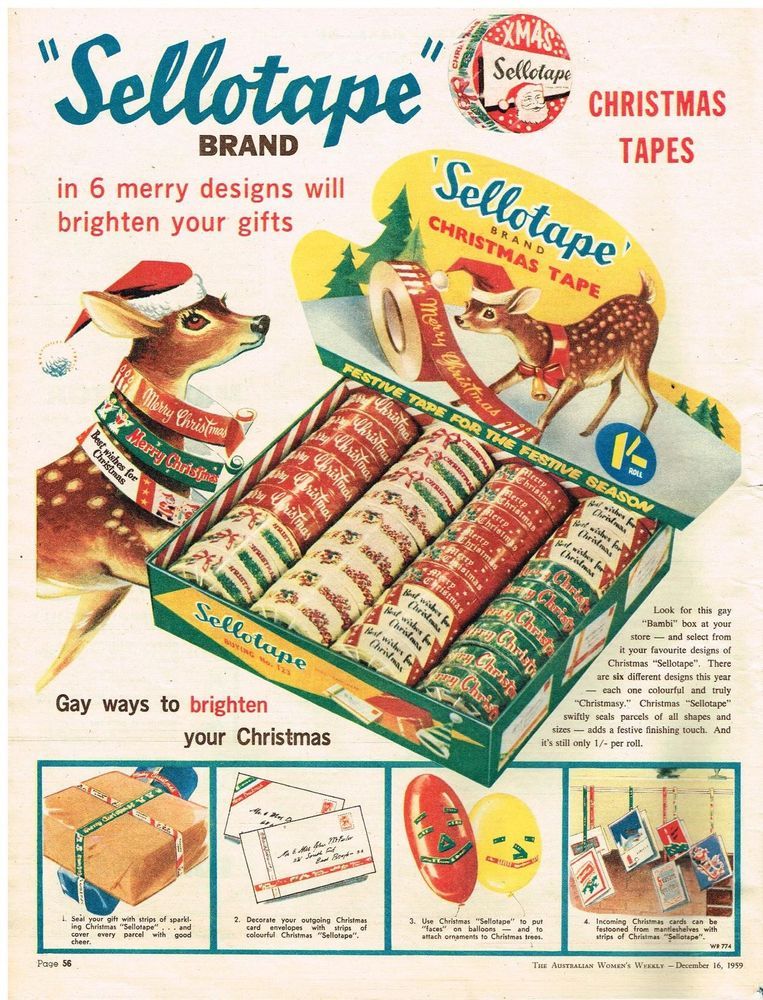 But there are many others that impacted our day to day lives in minor but significant ways and I want to pay tribute to one of them. 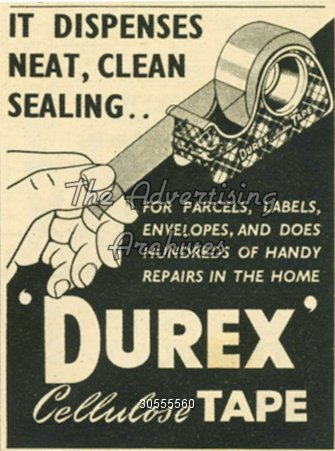 Although research reveals that 3M Scotch tape was released many years earlier in the U.S., my recollection is that the first adhesive tape available here was Durex in 1950 something, closely followed by Scotch, Sellotape and Bear.

Who else remembers the years before? Brown paper packages (or Christmas presents) tied up with string just weren't any of my favourite things. Remember holding your finger on the string join while someone else tied the knot? Let go too early and the string lost its tension and had to be retied, accompanied by many complaints. Let go too late and your finger was caught painfully in the knot.

Enter transparent sticky tape. The first brand name I remember was Durex. This caused much hilarity among our Pommie friends, as Durex was a synonym for "condom" in the UK, much in the same way as Hoover was for vacuum cleaner.

I remember one of the other brands, either Scotch or Sellotape, came with a book of instructions on how to use it.

One of the suggested uses was to repair a lady's broken fingernail!

The illustrations showed the nail being covered with sticky tape, which was then trimmed to the edge of the nail and painted over with nail varnish.

I had no idea how well that would work, but it seemed jolly clever to me.

A minor invention but a ubiquitous one.